Here at DSA Dermatology, our priority is our patients and staff. We are a step ahead of the COVID-19 and taking all precautions necessary to avoid the spread of it. We are going the extra mile to maintain our office COVID-19 free.
CDC Standards >>
~~ Dr. D Achtman, Dr. C McConnell & Dr. J Achtman and DSA Dermatology Staff ~~ 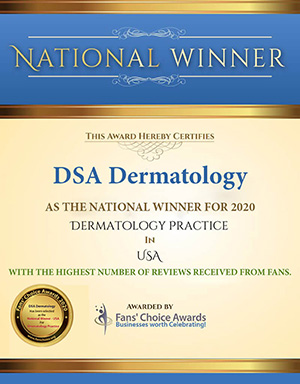 Call us today to set up a
FREE Cosmetic
Consultation!

~ Brandon Wow!!! I randomly looked up a dermatologist in my area for a small procedure I needed done and I will say I could not be happier with this team!!!! EVERYONE in the office is just so friendly and welcoming. The Doctor was super super nice and explained everything in detail that was easily understandable and even had suggestions on how to keep costs down.The nurse I had was WONDERFUL!!! Just an all around perfect experience and I highly highly suggest this office to anyone in the West Plano area. Great example of good culture in an office. Loved my visit! 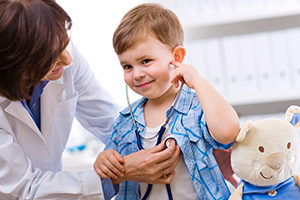 of Pediatrics are generally aligned on repellent recommendations for children.

“I think that most people would agree that DEET is the most effective mosquito repellent,” Dr. Cohen says. “But if you increase the concentration above 30% or 40%, you really don’t increase the efficacy in terms of how effective it is and how long the product lasts.”

For safety and efficacy reasons, the American Academy of Pediatrics recommends that children use DEET products with concentrations no higher than 30%, according to Dr. Cohen. The length of time for effective coverage is about four hours (up to five hours), before the need to reapply.

For those concerned about using DEET-containing products on children, Dr. Cohen recommends repellants containing from 10% to 15% of the active ingredient picaridin. It’s not quite as effective and long-lasting as DEET, he says. But it’s close and is a good alternative to DEET repellants.

Other recommendations to parents and children:

Don’t forget the common sense things, such as wearing long sleeves and pants to reduce exposure. And when going camping or hiking, consider products with repellents in canvas and other gear materials, which could help repel mosquitos. Permethrin is such an agent, which is commonly used in head lice and scabies products, he says.

At DSA Dermatology, we bring to you the best of not one but three leading dermatologists in Plano TX, Dr. Daniel S. Achtman, Dr. Carmine G. McConnell and Dr. Jordan. Achtman.

Dr. Achtman is a board-certified Dermatologist with over three decades of experience. Having graduated from the medical school of McMaster University, he also studied at the UTSW Medical Center in Dallas, TX where he also served as Chief Resident in the Department of Dermatology. In addition to possessing extensive training and experience in cosmetic enhancement techniques, Dr. Achtman is widely known as a leading expert in the diagnosis and treatment of various skin cancers. He is an active member of the American Society for Dermatologic Surgery. Dr. Achtman goes the extra mile to understand your medical concerns and to ensure that he helps you meet your unique aesthetic goals.

Dr. Carmine G. McConnell is a board-certified physician in Plano TX. Having been trained at McMaster University, Canada, she went on to earn her board certification in Texas. Having served as Chief of Staff of her department at Plano Medical Center, she has over two decades of experience in practicing medicine in her practice and while assisting Dr. Achtman in the practice of dermatology. In addition to her extensive postgraduate training in laser therapy and aesthetic surgery, among other procedures, she possesses vast experience in both cosmetic dermatological techniques and family medicine. As a conscientious and caring physician, Dr. McConnell provides her patients with customized non-surgical treatments to help address health and aesthetic concerns related to the skin. She is also keen on helping patients understand their skin and how it can be cared for and protected.

Dr. Jordan Achtman is a board-certified dermatologist in DSA Dermatology at Plano, TX. Dr. J. Achtman graduated from the University of Pennsylvania in Philadelphia and completed his residency in dermatology at UT Southwestern. His expertise spans general, surgical, and cosmetic dermatology. Dr. J. Achtman also has various special interests including chronic itch, infectious diseases of the skin, and the relationship between mental health and skin health. He is also very keen on helping patients form healthy skincare regimens and habits. In the hands of Dr. J. Achtman, you can be assured of innovative and cutting edge solutions for all your skin concerns. 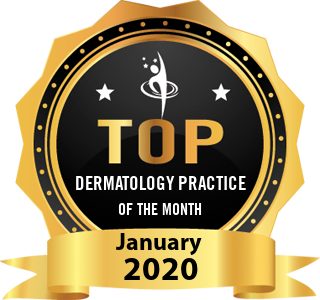 Get Social with Us